Accountancy vs Money Laundering: Gatekeepers of the legit economy 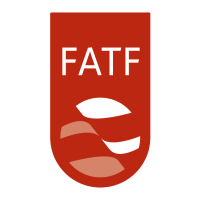 As specialists in Accountancy, DE Ball have given their two cents on a two-year assessment being put into motion next September.

This is when the Financial Action Task Force (FATF) will assess the UK’s anti-money-laundering and counter-terrorist financing activities. This is an intergovernmental body set up in 1989 to develop standards and promote measures for combating economic crimes.

London has a growing reputation as a global money-laundering centre, however there are no confirmed figures to support this. The International Monetary Fund put the global figure between 2% and 5%, and there is no doubt that the Treasury will be hoping for a clean bill of health.

Solicitors and accountants are used by UK criminals to help launder illicit funds, meaning they can hide behind their respectability. The reality is that there are those within the industry who are crooked, and will take part in these illegal dealings to make extra money on the side, however some may get caught up without realising. The professionals who take part in such activities may well be a tiny minority, but they can do massive damage to the reputation of the industry as a whole, meaning the trust of the public will be lost.

The accountancy profession has a hugely important role to play as the gatekeepers of the legitimate economy and helping to play a part in achieving a clean slate for the Treasury.

For more information on accountancy in general, please visit the DE Ball site.